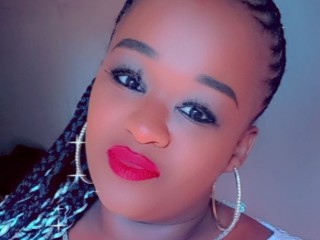 You remember Misty Stone from when she orally pleased nearly a dozen white guys over at Cumbang.com. However, two guys were missing from that party: Eric John and Criss Strokes.Well, what better way than to make up for a missed invitation than to get a hardcore pounding from both previous absentees? No more time is wasted as Misty works on both white cocks in the same manner that she did with nearly a dozen for Cumbang.com. Eric and Criss feed her every inch of peckerwood penis and that black pussy is not spared the wrath of the WHITE MAN’s dick. Both white guys turn Misty into a human finger trap as one occupies her mouth, the other obliterates that black snatch. The need for Misty to get some white seed is evident as she nearly makes both white boys tap out. Then again, we only conclude this interracial love story when she’s covered in honky juice.